Well, you haven’t heard from me in quite a while now – and not because there is nothing going on, but because there is too much going on. Things are busy and exciting and that’s always a plus! Our office went paperless and I was spear-heading that project – we are in month three of it now and things are going very well – not without the little bumps in the road, but going well nonetheless. The other big project we have been working on has been the Journal of Prolotherapy (see www.journalofprolotherapy.com) . This is a great thing if you have not checked it out – but more about that later…back to my training…

Well, I was training for the October Whistlestop Marathon in upper Wisconsin. My mileage had gotten up to 16 milers on the weekends but something was not right. I was doing a strength program on top of my running, and the only thing I can think of is that I somehow strained my hamstring/groin area. But I tried to fight my way through it. I got a lot of muscle work done, did some Prolotherapy, and tried to rest it. Unfortunately, as soon as I started putting in the longer miles, the pain would return. So after a couple of weeks of trying to do the training, I aborted the plan. So, that left me with getting more Prolotherapy treatments and cutting my running way down. So for nearly two months, I would just run a few miles per week here and there and focus on strength training and cycling. I started running again in November and felt pretty good. Even now, as I write this, I still have a little pain in the hamstring area. I ended up getting Prolotherapy to the front of my hip, the back SI joint, as well as my ischial tuberosity (all on the right side) – yeah, that was a fun one! But this seemed to do the trick to get me back to running.

I started back to a three-day per week running schedule with a couple girl friends. We ran 3 or 4 miles on Tues and Thursday, and then longer on early Sunday morning. I had worked back up to nine miles on the Sunday run. My husband Ross was signed up for the Las Vegas Marathon on Dec. 6, 2008. So of course, I was going out there with him to make sure he didn’t kill himself. When we arrived, I saw that the half marathon still had open slots, so I thought, “what the heck, I’ll just try to run it.” Why? Well, granted I was not really that well-trained, in that I had just been back running for about a month. However, the weather was going to be cool and dry and the course flat, so I thought – this would be a good test. So I signed up for the race!

We had to get up at 4:00AM because the race began at 6:00AM. But we were a little jet-lagged from the time difference from Chicago time, so that really didn’t make much difference. Ross was running with some running buddies from Oak Park who were all hoping to run between 3:10 and 3:30 full marathons – they are good runners! (And they all did great).

Anyway – I had no expectations for the run, felt great the entire time (except for the fact that there was no Gatorade available on the run), and I managed to run it in one of my better times – 2:28! So it just goes to show you that you can do what you set your mind to AND that pH matters? What? Who mentioned pH? Well, I did – sort of! I know you may not remember, but in past articles I talked about running in the heat and how I don’t do well in the heat due to my tendencies toward alkaline blood pH. Since it had been cold out (cold weather acidifies the blood) at home, my blood was in the neutral range, right where it should be (like a Hauser Bear). The weather on race day was cloudy and in the forties which was an ideal day for shorts and a t-shirt for me! (Freezing after it was over though!). So I didn’t overheat, vomit (Disney marathon) or anything gross like that. All in all, it was a great experience.

I wish that the race had more Gatorade, as well as had some corrals for the start of the race because it took almost eight minutes to get going once the gun went off…but hey, who’s counting? It was a fun and awesome experience!

So what’s next? Well, the air temperature was -17 this morning. I am a hearty winter runner, but that’s even a bit cold for me. A few days ago a ran in the snow and 14 degree temps. But yesterday I was inside on the treadmill next to my friend Karen. We are training for the March Madness Cary Half Marathon on March 15. Tomorrow I’m trying my hand a snow shoe-ing. I’ll let you know how it goes! 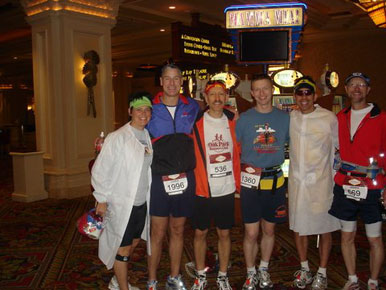 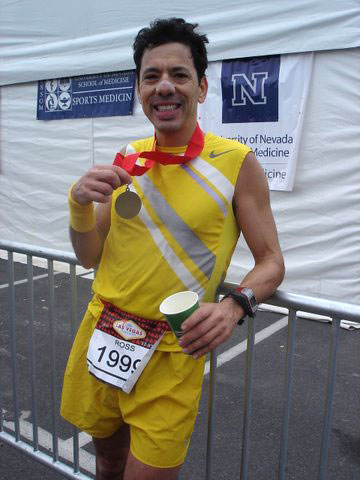 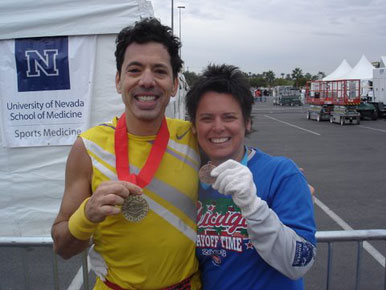 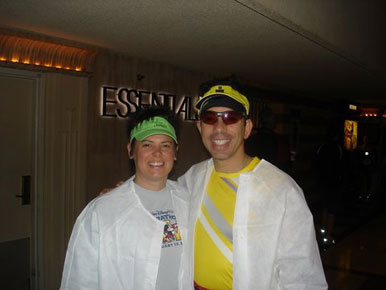 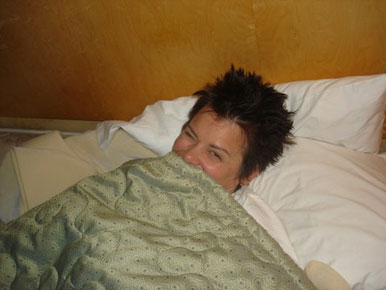 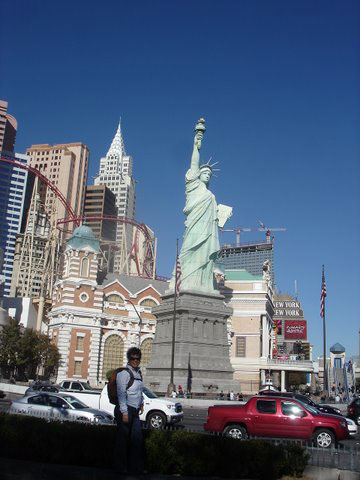 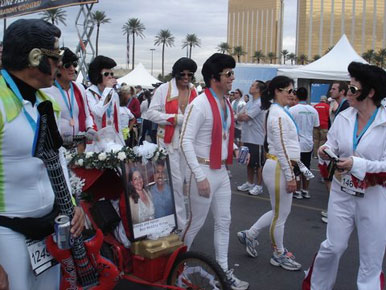