July 4th 2008 ear-marked the first annual Sanibel Island Half Marathon. It was a blazing hot day and each one of us had our “issues” – some had injuries, some did poorly in the heat, some had never run more than 10 miles – but somehow, we all managed to finish the well-marked, well-supported Half Marathon. The best part about the race was that all the participants were people who I love and love to train with! My friends and I from Chicagoland all flew down on South West Airlines to meet up with the friends from FL. The aid stations were manned by local FL friends – our neighbor Ted and my dad; our friends Larry and Linda who are local artists; as well as Evette and Cameron. My sister captured the day on film. It was great fun.

We sang the Star Spangled Banner at 5:30AM and were off into the darkness – with only the light of someone’s IPOD to show us the way. The course headed down the multiuse trail to the east end of the island to the Light House, then back out to the beach, out Gulfside City Park, up Algiers onto the multiuse trail, through the Ding Darling Wildlife Refuge, back out onto the beach, and back to the start – exactly 13.1 miles which was GPS’d by Ross and Bill Winslow who were riding around on bikes making sure everyone was okay. The aid stations provided cold Gatorade, water, ice in baggies, sponges and words of encouragement. We needed everything because boy was it HOT!

Bill Sawyer took first place, Giulia Isetti came in second. All of us finished and were very happy to do so, considering the conditions. We had a blast being together! We hope to do it again next year!

Here are a few pictures from the day: 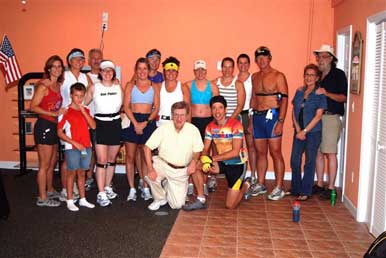 The group of us prior to the Sanibel Half Marathon.
(runners & volunteers) 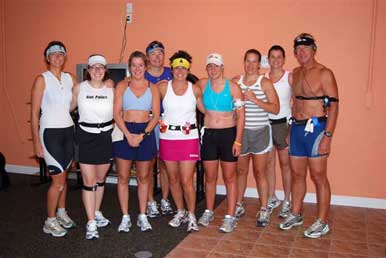 The group of us prior to the Sanibel Half Marathon. (runners only) 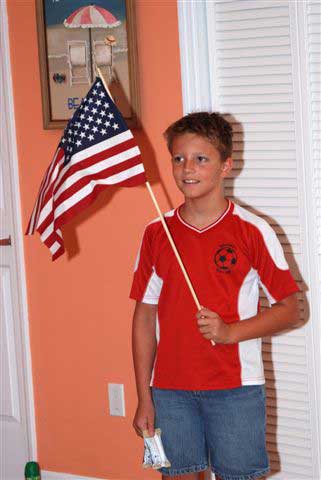 Our friend Cameron held the flag as we sang the
Star Spangled Banner. 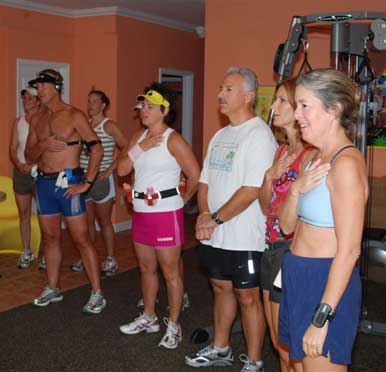 Here we are singing our hearts out! 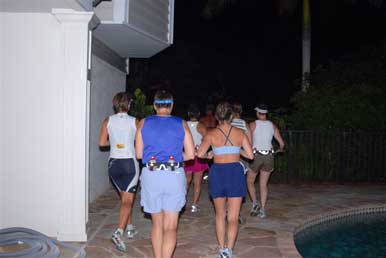 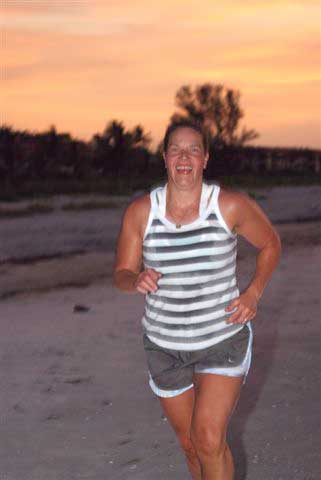 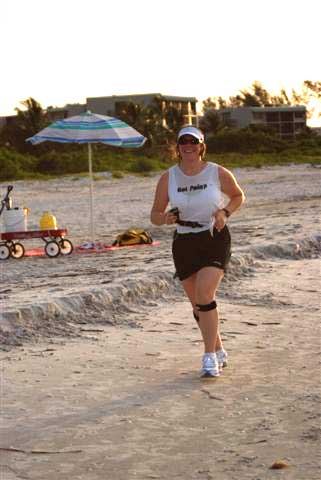 Nicole running along the beach with a smile on her face! 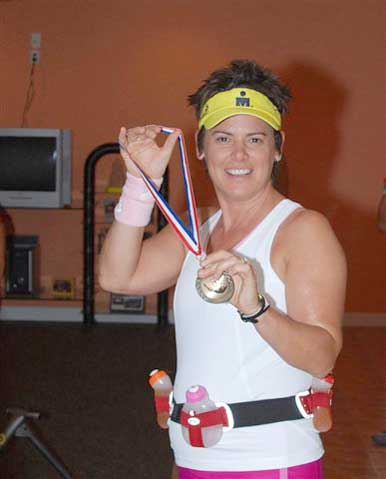