Did you take the Hauser Diet Quiz? You did? Great! That’s the first step toward thinking about how your body reacts to food. I bet some of the questions were a little bit hard to answer, weren’t they? Did you struggle when answering some of the questions? Do you really know how you feel when eating certain foods, or did you answer according to your likes and dislikes? Did you just answer the questions the way you thought you should?

Since we first launched the Hauser Diet Quiz, we have gotten some emails stating that the quiz-takers are not sure that they are actually the animals that they came out to be on the quiz. If you answered “yes” to the questions mentioned above, you are not alone. The quiz was developed as a good way to gather information and point you in the right general direction, however it is certainly not as accurate as doing the actual blood tests involved in Diet Typing. We wouldn’t want you to get started down a path that might be wrong for you. We want the quiz to get you thinking. Some people really do not know how food makes them feel. They just eat to eat. Some people may not tune in to fine differences in how they feel or even attribute changes in things such as fatigue, energy, muscle pain, bloating, diarrhea, coughs, or nasal stuffiness to their food intake. Sometimes the changes are very subtle, but are the key to good health that can help balance your body chemical, feel good, and have the best energy so that you can enjoy life to the fullest.

Many people who take the quiz test out to be a Bear. Many people are Bears when they get Diet Typing. However, many people are not Bears but think they are. Before you get set out on your new Hauser Diet think about whether you really answered the quiz appropriately. If answered appropriately, we think that it holds to about 85% significance with correlating to a person’s actual Diet Type. However, many people answer the quiz question incorrectly because they truly do not know how to answer the questions. That’s alright! That’s most people! Part of what we are trying to teach you is how to tune into those cues from your body.

Examples of Bears who were not Bears! 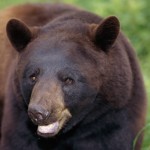 Bear turned Otter! Recently a new patient, S.J., came to Caring Medical to get Diet Typing for fatigue and weight gain. She is 45 years old and just didn’t feel like herself anymore. When she took the quiz, she typed out to be a Bear. However, when we sat down with her to go over her results, we informed her that she was an Otter. She immediately said, “But I typed out to be a Bear on your on-line quiz.” We explained that her Glucose Tolerance Test (GTT) showed that she was a fast oxidizer of food (low fasting blood sugar but with a high spike after ingesting the glucose drink) which put her in the Otter category. Upon further questioning, she did admit that every time she went out for pizza and beer she felt terrible later in the evening. She felt the same way if she ate pasta for lunch.

Being a busy mother, she was always on the go. Both she and her husband work and her two pre-teen kids are into a lot of activities, so she really never noticed how she was really feeling related to her food. She just knew she was tired. S.J. was willing to make some changes so that she could feel better and have the energy she needed to keep up with her schedule. She needed to cut out soda pop consumption, as well as pastas and breads, and focus on protein foods such as beef, chicken, fish, and eggs, as well as good servings of fresh veggies and salads. We talked about ways to keep protein containing foods on hand (instead of grabbing chips or cookies).

S.J. reported that after just 4 weeks on the Hauser Otter Diet her energy had increased dramatically and she was now able to go for her daily walks that she had gotten away from. With the ability to be more active, she had already seen a drop in weight of 7 pounds! If she had continued on the Bear Diet, she could still be struggling with energy and weight.

Monkeying around on the Bear Diet! 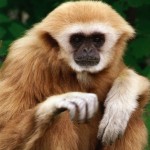 Just last week, we saw a 39 year old athlete who has completed a number of Ironman Triathlons, and something like 15 marathons, among other things. K.M. owns his own business, is recently married, and also recently had his first child. So he’s trying to juggle all of these things, continue to train, and eat right. He took the Hauser Diet Quiz online and he also tested out as a Bear. He really didn’t know where to go with this information, because to him, the Bears can just eat whatever they want. So he basically just kept doing what he is already doing. He noticed that he was starting to gain some weight (normally weighs 160 pounds and is creeping up to 180 pounds.) K.M. still had good energy, but it was not as good as it had been. He attributed this to all the changes in his life as well as having to get up with the baby at night. But now that the baby is sleeping through the night, the pounds are

Having already been a patient of Caring Medical – as he said, “it’s the place where athletes turn for Prolotherapy for their sports injuries” (he blew out his knee after a marathon a few years ago, but fixed it up with Prolotherapy), he gave us a call and set up an appointment to get Diet Typing. Well, he was quite surprised! He turned out to be a Monkey with an alkaline blood pH and normal oxidative rate.

Well, let me tell you, this guy loves to eat meat – steak, ribs, chicken, eggs, and the more the better! Monkeys are allowed some meat on their diets, but not nearly as much meat as the Otter and Lion Diets allow. M.K. was eating much more like an Otter than a Monkey, even though he tested out to be a Bear on the quiz.

M.K. received his new Hauser Monkey Diet and met the challenge of a new eating plan head on. He purchased a lot more fresh veggies, ordered salads when he went out for lunch, and tried to eat more vegetables and whole grains at dinner time instead of so much meat. He admits that he still loves a good steak now and again, but his energy has returned, his bowels are much more regular, and he has already dropped 6 pounds!

Take home point! While taking our online Hauser Diet quiz is a good first step, it may not provide you with the exact diet you need. Coming in to have Diet Typing done is the only way to really know that you are on the track to good health, maximum energy, and feeling great. Give us a call and we’ll set you up! We promise, we’ll make it as painless as possible!